Today was Wit’s first day of school. In actuality it was a bit of an orientation day when the kids and parents went to the school for an hour to meet the teachers and get some basic information. That works for us because we have absolutely no idea what we’re doing.

When we first got the approval on our rental in Mosfellsbær, I rushed into the municipality website to get him registered for school. Thankfully that process was as easy as filling out a form online. I put in our kennitala, or Icelandic social security numbers, and entered a few bits of extra info. I was able to log in to the site using IceKey, which is a sort of governmentally provided single-signon that connects back to your kennitala.

I don’t think I’ve covered just how awesome the kennitala is. I may have mentioned before that when I got our phone service I went into the store, gave my kennitala, and walked out minutes later with service. There was no contract or payment needed. When I pay my rent I don’t have to log into a weird site or deal with 3rd party payment processors. All of it is integrated. Once I got a bank account in Iceland (with Landsbankinn), my kennitala was connected to the bank. Now people can send me bills directly to my bank by using my ID number. It’s not just for businesses either. When our landlord’s teenage cousin came by to help us carry in some heavy furniture and I wanted to send him some money to thank him, I entered his kennitala into the bank and did a transfer. Today I signed the electricity into my name and guess what… I didn’t have to log in or provide any details to that company either. They knew I lived here because my kennitala has me registered at this address. They’ll bill me automatically through my bank. Everything “just works” and it’s incredible.

But enough about kennitala awesomeness. Lets get back to the school!

Wit will be attending a brand new school in Mosfellsbær called Helgafellsskóli. It’s actually not done being built yet, but the important stuff is in place. Here’s a picture of the exterior. 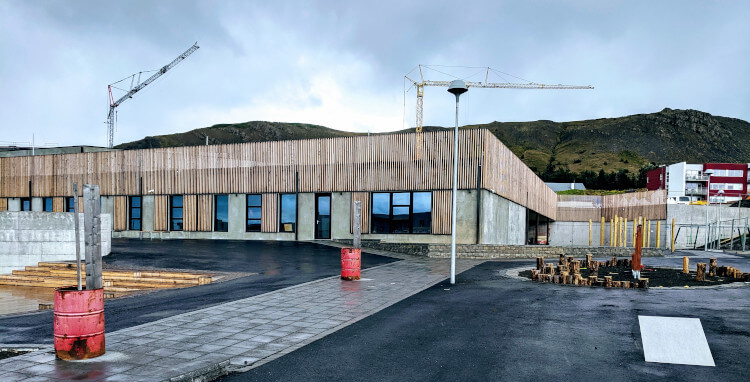 Like most architecture in Iceland there’s a brutalist façade that belies the warmth within. There’s a clear metaphor for Icelanders in general here, but we’ll dive into that in another post. The principal focus of exterior design is to stand up well against harsh weather, especially wind and cold. There’s also a distinct lack of lumber on the island, so it’s rare to see a lot of it used in external construction or even in framing where concrete and steel can serve the purpose more thoroughly. The results are pretty impressive once you live inside for a bit. While we were in the school there were hordes of construction vehicles outside continuing work on the landscaping, playgrounds, and neighboring apartment buildings. We heard none of it. Not a single shake or beep.

It’s the same in our apartment. Crews are actively building new buildings on either side of ours, and landscaping is being done behind our bedroom window about 5 meters away. Once we close the windows none of that exists. 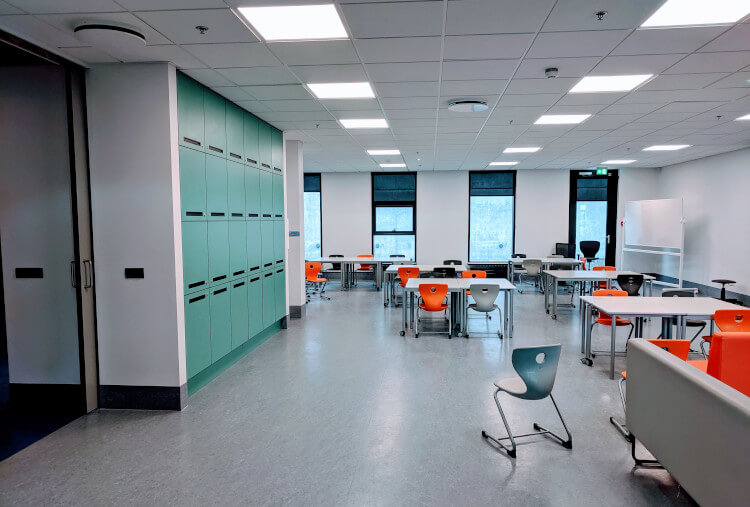 Inside the school things are sparse in the Nordic style. Some of the hallways made me think of eastern Europe, but being in the space in person tells a different story. The building is warm and purpose-oriented. There are thoughts to the placement of things. There were also warm smiles to greet us in the form of the school principal and two of Wit’s three teachers.

His class is a bit over 30 students making up the whole of the second grade. To facilitate this there is a head teacher and two assistant teachers. On many days all three will be present, while on others only two. They have a large room with many different areas set aside for different types of activities.

Later this month they’ll begin their swim lessons as well. His class will go on Thursdays to the pool to practice their skills. This is a part of public education when you live on an island. He’s quite excited about it.

We’ll hear more about the structure of his days in the weeks ahead, but from what we could gather there are two recess times a day, lunch, snack, and significant time between lessons to unwind. The days are shorter than in the US system as well. Even so, Iceland is consistently ranked in the top 5 education systems in the world. I’m eager to see it in action. 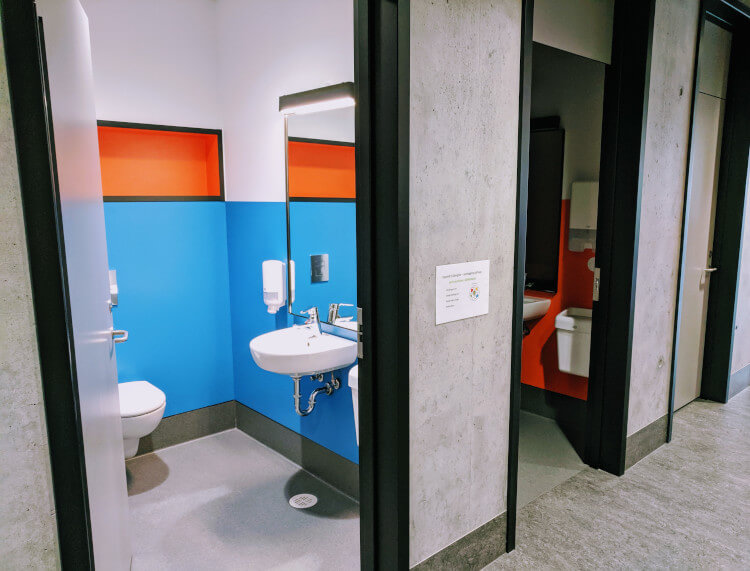 Wit’s education will be in Icelandic. As of today he knows how to say “yes, “no”, and “my name is Wit.” His teachers assure us that he’ll learn quickly, and I have little doubt. I tell him each night that the most important thing is for him to be kind and patient. He’s bright and his charm will warm him to the other students. They’ll help him with his language skills as he will help them with their English.

Students in Iceland begin learning English in year 3, so the kids in his class have not yet had any formal training in it. Still, both TV and online gaming have had a big impact on them and they’re sure to know a decent number of words to get along. 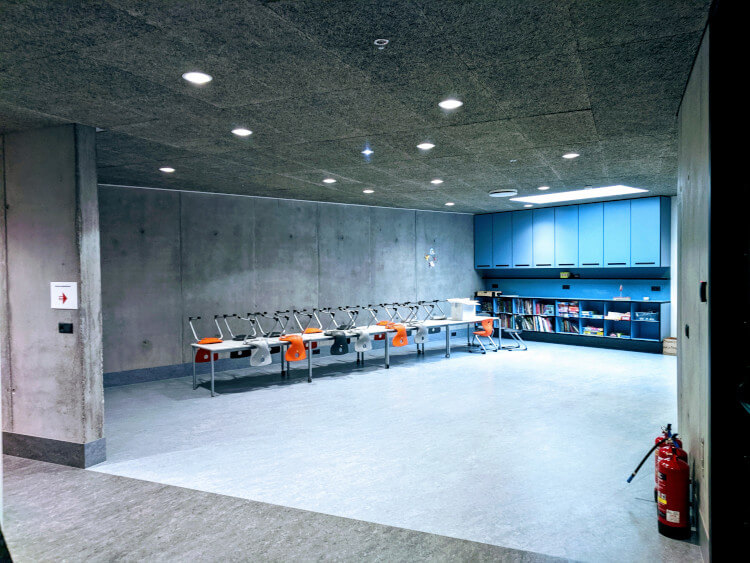 The school may not be finished yet, but it’s coming along quickly. The full playground will open in another 3-4 weeks, but there are plenty of areas already in use. Once things are all in place I’ll be sure to take more pictures. Today was overcast and a little rainy which seems to add to the gloomy photos. It really is charming.

It’s also across the street. Did I mention that before? Right now we have to walk all the way around the block to get to the entrance due to the construction but that will change in the months ahead. Wit will be able to cross the street and go right in. It won’t be long before he’s off to and from school without any help.

The freedom of movement for kids is definitely a shock here. I’ve seen kids of 8 riding the bus alone. Hordes of littler ones wander down the streets in play together. It is, honestly, like the way things used to be in the US before helicopter parenting took over. I’m so glad we can offer him this experience. In return, maybe he’ll help us with our Icelandic.